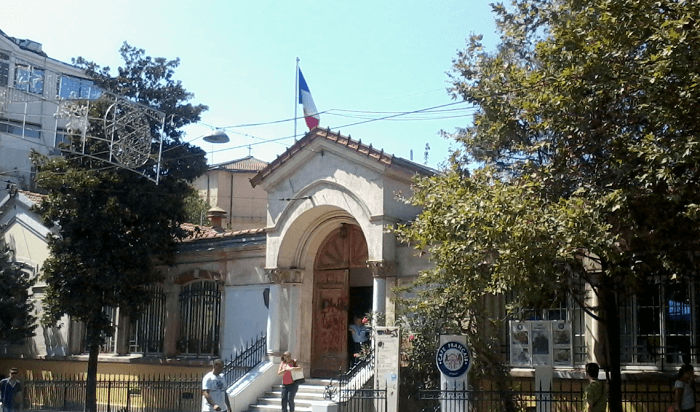 The French Consulate in Istanbul has issued a Schengen short-stay Visa to a person who previously served as a spokesperson to the Syrian armed Islamist group Jaich al-Islam (Army of Islam), known as Islam Allouche.

Islam Allouche, whose real name is Majdi Mustafa and is suspected of war crimes, obtained a visa to study at a French Research Institute, from the Consulate of France located in Istanbul.

The news was announced by the Foreign Ministry of France today, February 6.

“A short-stay visa was issued [to Majdi Mustafa] on the basis of a complete file, after questioning of the competent ministerial services,” a spokesperson of a ministry confirmed to French media.

The allocation of short-stay visas, which are granted to third-country nationals for stays up to 90 days within 6-months periods, is under the competence of both the Ministry of the Interior and the Ministry of Foreign Affairs.

Islam Allouche is suspected to have been present in France since November. He was registered as a student at the Research Institute on the Arab and Muslim World (Iremam) of the University Aix Marseille, which reports to the National Center for Scientific Research (CNRS).

The spokesperson for the French MFA also confirmed that Islam Allouche has already been arrested in Marseille on January 29, and indicted for “acts of torture and complicity,” “war crimes” and “complicity in forced disappearances,” on January 31.

Aside of the accuses for serving as a spokesperson for the armed Islamist group Jaich al-Islam (Army of Islam), based in Syria, he is also suspected of the kidnapping of Syrian lawyer and journalist Razan Zeitouneh, her husband Waël Hamada and two of his collaborators on December 9, 2013.

The victim, Razan Zeitouneh was one of the main figures of the popular uprising launched in March 2011 against the regime of Bashar al-Assad. She was a Sakharov Prize for human rights winners together with other activists of the Arab Spring, in the same year.